Art, cinema and culture create many a star that live on forever in the minds of people. A mother telling her children how, at the age of eight, she would accompany her five siblings to watch a film at the local cinema in rural Sindh. A doctor reminiscing days when he would sneak in to watch the only television set in the village or a now-retired soldier whose father would take him to Bambino cinema in the 60s, where he, wide-eyed and in complete awe, watched the magical black and white nostalgia unfolding on the screen.

There in those moments, stars become legends and long after they are gone, people remember them. Screen immortalises them, and they return with another film, another song, to feel that feeling again. And there are some stars that give us memorable moments and then disappear. One such forgotten star was Ratan Kumar. Perhaps most famous for the patriotic Saleem Raza song Ao bachon sair karaen tumko Pakistani ki from 1957 film Bedari, Kumar was the most sought child actor in 1950s Bombay film industry, along with Baby Tabassum and Baby Naaz. After being admitted to the hospital for pneumonia about ten days ago, he breathed his last on December 12, 2016, noon, at the age of 75, in a hospital in California, US. He is survived by two sons, a daughter and seven grandchildren. 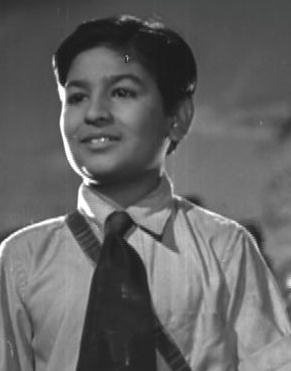 In our hours-long conversation on the phone, Kumar discussed with me his career and roller coaster of a life. Little did I know then that the interview would later be published as his obituary.

What many don’t know is Kumar’s real name was Syed Nazir Ali Rizvi. Upon Indian actor Prem Adib’s suggestion, Rizvi chose ‘Ratan Kumar’ as his stage name. “Ratan Kumar was Prem Adib’s character’s name in a film. He suggested I change my name. That was a trend in those times, like Yousuf Khan became popular as Dilip Kumar,” he said.

Born in 1941, Kumar’s first film was at the age of five. “In 1946, writer Krishan Chander wrote, directed and produced a film ‘Raakh’ and he was looking for a child actor. He was a family friend and that’s how Raakh became my debut film.”

However, he didn’t become an overnight success phenomenon. Gradually, with more films and experience, he became a prominent child actor, having worked with some of the greatest names of the era, such as Meena Kumari (Baiju Bawra 1952), Santosh Kumar (Bedari 1957), Nargis (Angaray 1954), Madhubala (Buhat Din Hoye), and even director Bimal Roy (Do Bigha Zamin 1953), Baldev Raj Chopra (Yash Chopra’s elder brother) and Raj Kapoor (who produced his famous 1954 film Boot Polish).

“They had searched the whole country and chose me for the role of young ‘chote Baiju’ role in Baiju Bawra,” he recalled. Baiju Bawra went on to become a mega hit.

After the Partition, Kumar stayed in India with family. However, they migrated to Pakistan in 1956. Having accumulated a fan base and strong work experience in India, Kumar’s brother Wazir Ali, who was a renowned director and producer, established their own production house Film Hayat. The first film Bedari, under the banner, was a remake of Kumar’s 1954 Indian national award-winning film Jagriti, which was directed by Satyen Bose. 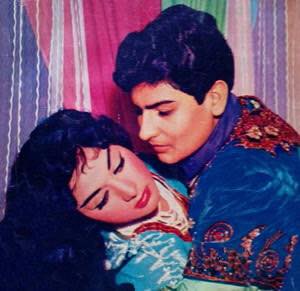 In 1959, Kumar, at the age of 18, transitioned from a child actor to a lead hero, when he paired up with Neelo for Nagin. According to Kumar, the film completed the Golden Jubilee at the box office. “It did an all-time record business,” Kumar shared, proudly.

“Director Hassan Tariq remade the film in 1976 as Naag aur Nagin, starring Waheed Murad, but it failed,” he added.

However, like many child actors of his time, Kumar’s initial success didn’t translate well into his adult years. Despite acclaimed performances and a few more hits, he had reached his peak popularity as a child actor.

“Everyone has ups and downs in their career. When I started out, I was young. I didn’t know what I was doing. But as I grew older, I started understanding how it works,” Kumar said.

He added, “When it comes easy to you, you don’t learn. That’s why I teach my children not to take anything for granted.”

When asked whether he remembered any special moment from his early days in the showbiz, Kumar said, “Everyday was different. Every day, we were dealing with a new situation. That’s how it is on a film set. You learn with each film. I personally learned a lot from Bimal Roy.”

Kumar made his directorial debut in 1969 with Daastan. He continued to act sporadically until the 70s. In 1977, a tragedy struck and Kumar’s four-year-old daughter died in an accident in Lahore. “That was when I quit everything. I didn’t want anything to do with the business after that.”

In 1979, Kumar left the country never to return again. “I just couldn’t do it,” he had said. “For two decades, I did not have it in me to return to the same place again.”

In the late 60s, Kumar started working for National Carpets and after travelling to countries like Germany selling Oriental carpets, eventually settled down in the US.

The applause after a good take, shining lights and the aura of a star is something all showmen can’t get enough of. When asked, if he ever got the itch to return to the film industry, he recalled his encounter with Indian megastar Raj Kapoor in early 80s. “It was around ’83 or ’84 and my family came to know that Raj Kapoor was in New York City for a film shoot,” he said. “We resided in New Jersey at the time and upon their insistence, I got in touch with him through his manager. When I told him my name, he instantly recognised me and so, I drove my family to meet him at his hotel room.”

1996 marked a turn in his life, when his lungs collapsed twice in the same year. “But it was the third time, the worst of them all, in 2000, which left me completely paralysed. I was even in coma for eight days,” Kumar recalled.

However, he got better. “When I regained consciousness, I was paralysed and doctors had said I wouldn’t walk again. In four to five months, I was driving again.”

Although in his last years, he was on constant portable oxygen tank support, Kumar was a grateful man who never complained about anything. “Why do we complicate life? It’s simple. If we try to understand it, it’s quite simple. I take every day as the last day of my life and enjoy it as much as I can. Jo ho gaya so ho gaya (What’s happened is over). I’m really blessed that I achieved all that I could, and I’m just thankful to Allah for all he has given me.”

After his illnesses increased, there was not much left to do for Kumar. When asked how he spent his days, he said, “I just try to relax and reflect. I also write poetry sometimes.”

A few days after the phone interview, in one of our last conversations, Kumar sent his poem in a Whatsapp message.

He wrote, “I dedicate my poem to those innocent people who are killed around the globe every day without any rhyme or reason. May Allah bless their souls, Aameen.

Note: This obituary was originally published (by the same author) in The Express Tribune in December 2016. It’s been republished here solely for archival purposes.