Maintenance of world heritage sites is an international issue. A great part of history is in danger if we do not make effort to preserve it, even if not in its original form. This is especially true for Pakistan, where there are more important issues economically as well as socio-politically. But that does not mean we are not responsible toward our history.

One of the most disregarded heritage sites in Pakistan is Makli. Located near Thatta, Sindh Province, it is one of the largest necropolises in the world with around 124,000 graves. Throughout hundreds of years, great Sindhi Sufi saints, local rulers, their families as well as many others have been buried there. And yet if we look at it today, a great part of it has been destroyed by natural disasters as well as careless human activities such as dumping of garbage, robberies and encroachment

According to UNESCO, Makli spreads over an area of 12 km and according to the locals whom I met during my visit in 2012, the area is 6-8 kilometers. This shows how much of the land has been destroyed throughout history by natural disasters as well as much encroachment. Moreover, Makli, which was inscribed on the World Heritage List under the name ‘Historical Monuments of Thatta’ in 1981, is now in danger of being downgraded and included in UNESCO’s list of endangered monuments. It is not surprising as two other heritage sites, namely Lahore Fort and Shalimar Gardens have already been put on the endangered list in 2000 (although they were removed in 2012 due to successful preservation efforts).

Floods in 2010 and 2011 in Sindh did not help the situation either as many homeless survivors stayed at the necropolis as they had no other choice – another lack of proper management and preparation for emergency situations on the government’s part. A two-member team from UNESCO and the International Council on Monuments and Sites (ICOMOS) was sent in 2012 to evaluate the status of Makli and they subsequently suggested a number of solutions such as developing an emergency action plan, repairing monuments, defining site boundaries as well as establishing a buffer zone. However, none of these suggestions have been implemented. 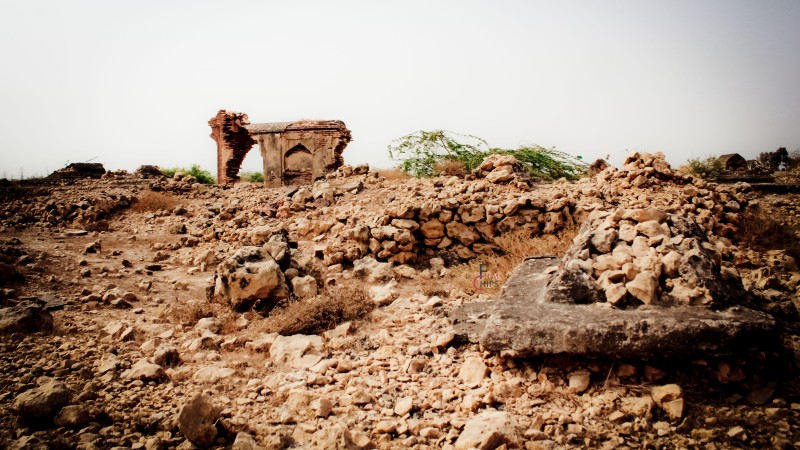 More than a graveyard

Makli is not just a graveyard; it is also a record of the Sindhi traditions and history. Makli is a living document of whatever happened in the past six to seven centuries (specifically the 14-17th centuries when Thatta was the capital) in Sindh.
Several legends revolve around the birth of Makli. It is believed to have been built around the fourteenth or fifteenth century by a local ruler Jam Tamachi to establish Makli as a holy place (for worship and burial). A large number of popularly revered saints such as Pir Murad (1428-1488) are also buried in Makli.

The architecture of Makli has an importance of its own. Sindh has been ruled by Samma, Argun, Turkhan and Mughal dynasties, but according to History on Tombstones: Sindh and Baluchistan by eminent scholar Ali Ahmed Brohi, Makli’s architectural glory started in the Turkhan era.

The thousands of graves emboss Quranic verses in Arabic and Persian script and are built in a unique architectural style, resembling that of “Hindu architecture of Gujrat style and influence of Mughal imperial architecture” (UNESCO) but still managing to have its distinctiveness retained by stone decorations using glazed tile models and brick masonry.

Parts of what is left of Makli’s grandiose tombs and graves have huge emotional importance for the local people as well as those who believe in the powers of their saints. People visit and pray at the tombs regularly and some even live there. Yet, we see decline in terms of its maintenance and preservation, which is extremely necessary to keep Sindh’s rich history alive.

All photographs are the author’s property.

Note: This article was originally published on The AsiaN in 2013. It’s only re-published here for archival purposes.